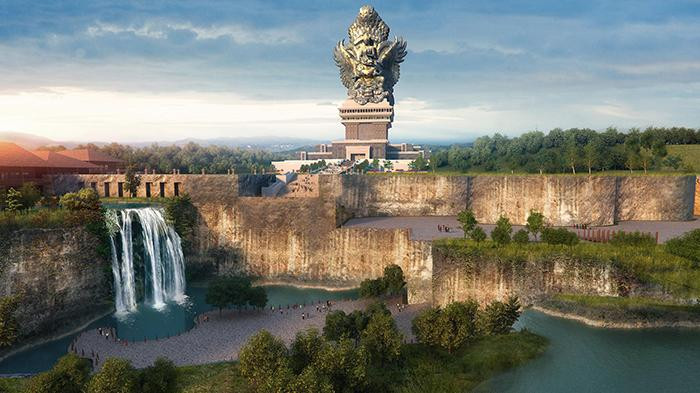 It stands magnificently on top of the hill 263 meters above the sea level as if it wants to show its existence. And why not? The grandeur of Garuda Wisnu Kencana (GWK) makes it one icon that stands for Indonesian art and culture to the world, along with Borobudur and Prambanan temples.

GWK, which is a depiction of the God Vishnu riding Garuda, is a must-go destination to whoever visits Bali. And after the masterpiece with our own eyes, we will definitely be fascinated by I Nyoman Nuarta's creation.

Eventually, there are many stories about GWK that are as astonishing as the statue itself, starting from how it was made to his astonishing dimensions.

These are 13 unique things about GWK that will make us appreciate just how far ordinary humans with extraordinary motivations and commitments can go.

Located at Jalan Raya Uluwatu, Desa Ungasan, South Kuta, GWK is a part of a 240-hectare cultural park. This is equal to 740 times the area of an international soccer field. If your routines include running around a soccer field, you can imagine what is like to run around the GWK area.

If we start from the beginning of the ideation at 1989, the time when I Nyoman Nuarta met two ministers from that era, Joop Ave and IB Surjana; and the governor of Bali, Ida Bagus Oka, then the time required to realize GWK until the inauguration on September 2018 is 29 years long.

24 segments, 754 modules, and 3000 tons of copper pieces are needed to make the whole GWK statue. As an illustration, one private car weights about 1,5 tons, which means GWK is equal to the weight of 2.600 cars.

How much does it cost to finish this statue? It's no joke because the funds needed are 450 Billion Rupiahs. The project had stopped for a few years due to a lack of funds, but then a tycoon acquired this project and helped with the fund.

Other than I Nyoman Nuarta, there are 120 artists involved in making GWK. There are also approximately 1000 workers that are split into two places, 400 workers in Bandung and 600 workers in Bali. If we see the initial ceremony of GWK and other ceremonies until the official opening, there are still thousands of people who are involved, including the dancers and students in Bali.

Not only the pros, but there were also cons surrounding the projects. Some of Bali civilians were against this project, either it's because of the religious precept that said building height must not exceed coconut trees (15 meters), or the funds that could've been used for other purposes.

9. The Tragedy of the Statue's Head

There was a disaster that happened during the project. When the statue's head was already 60% finished progress and cost 400 million, it got burnt at I Nyoman Nuarta's studio in Bandung.

Not far from the statue, there is a sacred spring named Parahyangan Somaka Giri. It's sacred because it springs from an arid limestone hill. This spring is believed to heal many diseases and also used as one of the requirements to call the rain.

Other astonishing things from GWK cultural park are the giant limestone blocks that form the space and pathways in that area. These giant beams used to be limestone hills before they were evenly cut. Hearing the phrase "cutting the hills" is like listening to a fairytale.

As a cornerstone for the statue, they made a building that can be used as a ballroom. But just like building construction in general, the bigger and heavier a building, the more solid foundation it needs.

The concrete foundations are 2,2 meters thick, and to prevent cracking in the casting process due to the hot temperature at the location, they added 43.024 ice blocks.

13. Tens of Thousands of Steel Bars

Other than supporting thousands of ton loads, the structural resistance of this statue should also be considered. To withstand that size, including the weight of statue skin material and the 64 meter-wide Garuda wings, strong and sturdy frameworks are needed. The material chosen to be the framework is steel.

There are 21,000 steel bars and 170,000 bolts weighing 2,000 tons used in the project. The steel bars are produced by Cakra Steel, one of the biggest steel manufacturers in Indonesia.

To fully admire GWK, reading and looking at the photos are not enough. It's better to go there and see it ourselves.

So, if you have the time and opportunity, visit GWK in Bali. Don't forget to share your moments on the comment section below. See you there! 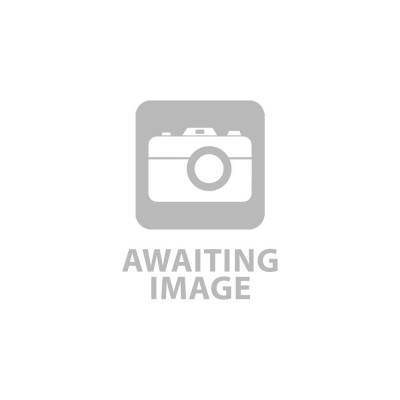 Getting to Know Reinforcing Steel Bar for Building Structures 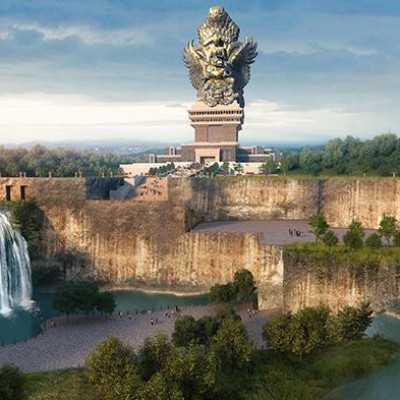 Fill this Form to Order Our Products